To share your memory on the wall of Walter Baker, sign in using one of the following options:

Fred was born the you... Read More
Walter Fred Baker of Grand Rapids, Michigan, formerly of Muskegon, MI, age 81, passed away unexpectedly on Friday August 23, 2019. Fred was born to Walt and Agnes (Hegbloom) Baker on June 23, 1938, in Muskegon, MI.

Fred was born the youngest of two children and was raised in the Lakeside area of Muskegon. He was a 1956 graduate Muskegon High School and earned a Bachelor's degree from Western Michigan University, in Business Administration. Fred spent his entire career working for GMAC, finally retiring after 30 years of service. After retirement he held a part-time position with Kentwood Public Schools Food Services to support his fishing adventures and new boat. Fred was a dedicated MSU football and basketball follower. Fred’s two favorite colors were GREEN and WHITE. Fred was married to his high school sweetheart, Marilyn (Bonjernnor) Baker on June 20, 1958.

Fred enjoyed fishing, cribbage, all things MSU, gardening, and just tinkering around. One of his favorite places to spend his free time was at the Muskegon Vikings Club. In his later years he took up woodworking and carving. Fred cherished his grandchildren and great-grandchildren. Fred was an active grandfather who attended hundreds of wrestling matches, soccer games, cheerleading events and school functions. Additionally, Fred enjoyed spending quality time with the large network of friends and family over the years, many of whom he loved to travel with on trips to the Caribbean or fishing in Canada.

He was preceded in death by his parents Walt and Agnes Baker; and dear friends Richard Sova and Charles Bramer.

The family would like to extend a heartfelt thank you to friends and family that helped Fred and Marilyn in his later years.

The Memorial Service for Walter will be celebrated by Pastor Sean Kidd at 11:00 a.m. on Monday, September 9, 2019, at Ofield Funeral Home, 4500 Kalamazoo Avenue SE, Kentwood, MI 49508. There will be a one-hour visitation prior to the service.
Read Less

We encourage you to share your most beloved memories of Walter here, so that the family and other loved ones can always see it. You can upload cherished photographs, or share your favorite stories, and can even comment on those shared by others.

Medium Dish Garden was purchased for the family of Walter Baker.

Flowers were purchased for the family of Walter Baker.

Posted Sep 02, 2019 at 06:54am
Marilyn and Family:
We were deeply saddened by the news of Fred's passing. Our heart felt condolences to you and your family.
Comment Share
Share via:
CW

My dear neighbor, Marilyn and Family: My heart aches for you. I’ve been your neighbor for 6 years and have had so many good times and laughs with you and Fred, the last being our 4th of July dinner. I share in your grief but will always hold close the wonderful memories. Connie Westgate 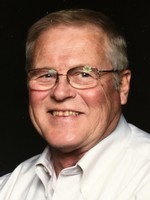