To share your memory on the wall of Tyrone Wauben, sign in using one of the following options:

Ty was an amazing son, brother, uncle, cousin, and friend. His smile was contagious to anyone who knew him despite the difficulties he faced on a daily basis. He was always in the audience supporting his niece, Grace, and her dance team or on the sideline, courtside, or baseball field rooting for his nephews, Matt and Alex, and all of their teammates. These times were the highlight of his week. Not only was he a dedicated uncle, he was also a true friend and special cousin to many.

He leaves behind brothers Tim Wauben and Tom (Amy) Wauben, niece Grace, and nephews Matt and Alex. A celebration of Ty’s life will be held at 10 a.m. on Wednesday, October 28, at St. Mark Lutheran Church in Kentwood, MI. His family will greet friends at the church from 9-10 a.m. If you plan to attend, masks are required. Memorial contributions may be made to the National Ataxia Foundation.
Read Less

Receive notifications about information and event scheduling for Tyrone

We encourage you to share your most beloved memories of Tyrone here, so that the family and other loved ones can always see it. You can upload cherished photographs, or share your favorite stories, and can even comment on those shared by others.

Love, The Conrads and Steve & Vicky Krause sent flowers to the family of Tyrone Phillip "Ty" Wauben.
Show you care by sending flowers

Posted Oct 28, 2020 at 03:30pm
As a former neighbor and babysitter of the Wauben boys, I will always remember Ty’s infectious smile and upbeat personality. Rest In Peace, Ty!
Gina Belvo Lago
Comment Share
Share via:
EB

Posted Oct 27, 2020 at 06:40pm
We lovingly say goodbye to one of our “sons of another mother” who have been a part of our lives for many years since he (Tim & Tom) were young. So many memories of camping together at Gorrell Lake with family & other friends, watching football at the home in Kentwood, dinners together there...and...staying in touch over the years, celebrating his Scorpio Birthday 11/4 with Richard’s on 11/5! We are greatful you are out of your pain & celebrating your eternal home. Love you always 💕 Sherry 🙋‍♀️ Dick 🙋‍♂️ Dave & Becky too!
Comment Share
Share via:
LC

Love, The Conrads purchased flowers for the family of Tyrone Wauben. Send Flowers

Posted Oct 27, 2020 at 08:41am
With many loving memories, Ty will remain in our thoughts and hearts forever. With much love, Ben, Lani, Wil and Chris Thomas

Flowers were purchased for the family of Tyrone Wauben. Send Flowers 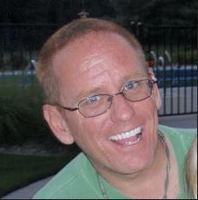