To share your memory on the wall of Timothy Ziegler, sign in using one of the following options:

Tim was born on October 27th, 1945, in Saginaw, Michigan to Norman and Harriet (Shields) Ziegler.

Tim was born on October 27th, 1945, in Saginaw, Michigan to Norman and Harriet (Shields) Ziegler.

After graduating from Saginaw High School, he enrolled in the United States Army and spent two years in Germany as a generator engineer. It was there he garnered a taste for German food, and for good beer.

After he came back from the Army, he spent many years running the Studio Lounge with his brothers. Tim enrolled in Uechi-Ryu karate classes while studying at KVCC. He went on to learn from the local dojo, and eventually went to study in Okinawa Japan. He received his blackbelt while studying overseas, 7 years after his first lesson.

He married and later divorced Sharon Carlisle, though the two remained dear friends. After divorcing, he spent some years down in Florida, where he learned to scuba dive and became a successful car dealer before ultimately moving back to Michigan.

Back home, he earned his commercial drivers license and worked for Kalamazoo Public Transport, eventually becoming the navigator for every bus in the city. When the company shut down, he found work at Bronson Hospital, where he made many friends.

Tim was a good man who at many times was larger than life itself. He loved fast cars and cigars, and he always dressed well, right up to the hat on his head. An avid Michigan fan, loving father, and dear friend, he will be dearly missed.

The family invites you to share a story, a picture, or a memory of Tim. Friends may reach out to Destini at (269) 352-1947 for more details
Read Less

Receive notifications about information and event scheduling for Timothy

We encourage you to share your most beloved memories of Timothy here, so that the family and other loved ones can always see it. You can upload cherished photographs, or share your favorite stories, and can even comment on those shared by others.

Plant a Tree in Memory of Timothy
Plant a tree 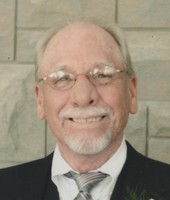