To share your memory on the wall of Thomas Galle, sign in using one of the following options:

Born in Cincinnati, Ohio to Marjorie and Edward Galle, Tom lived in several areas of Indiana and Ohio until moving to Grand Rapids at the end of World War II. He was a graduate of Ottawa Hills High School, and later of Michigan State College.

He was recruited by American Seating Company right out of college, where he retired from more than 40 years later. He was proud of this work ethic, starting as a paper boy in his youth, later working at the Burton Theater and Eberhard's grocery, until his post-college career.

In 1960 he met Carol Ledin, and they were married in 1961. They had two children, Steven and Kristen. They remained on good terms after their divorce in 1991.

Working as an accountant, Tom valued fiscal responsibility and wealth building. In later years he loved managing his investments and working on his taxes.

He had a life-time love of gardening, and treasured any chance to get his hands in the dirt. His other great love was old classic movies, a passion which he instilled in his children. He was a loving and devoted grandfather, and enjoyed spending time with his granddaughters.

Tom was preceded in death by his parents Edward and Marjorie Galle, and former wife Carol Ledin. He is succeeded by his son Steven Galle, daughter Kristen (Tom) Shannon, and granddaughters Alexandra and Victoria Shannon.

The family wishes to express their gratitude to the 4H team at Blodgett Hospital and to Faith Hospice at Trillium Woods for their care and compassion during Tom’s final days. A memorial service will be planned at a future time at Trinity Lutheran Church, Grand Rapids.
Read Less

Receive notifications about information and event scheduling for Thomas

We encourage you to share your most beloved memories of Thomas here, so that the family and other loved ones can always see it. You can upload cherished photographs, or share your favorite stories, and can even comment on those shared by others.

Plant a Tree in Memory of Thomas
Plant a tree 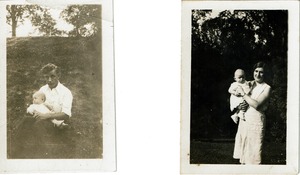 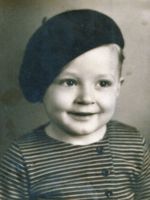