To share your memory on the wall of Theodore Siereveld, sign in using one of the following options:

Retiring from General Motors after 34 years of service, Ted enjoyed traveling the world, backpacking, woodworking and watercolor painting. Most important to him was spending time with family and friends and always helping others when needed.

Ted’s family wishes to thank Dr. Mohammad Saleh and nurse, Stacy Zandee of Mercy Health for their exceptional care and support during his illness. A celebration of Ted’s life is being planned for late Spring.

Receive notifications about information and event scheduling for Theodore

We encourage you to share your most beloved memories of Theodore here, so that the family and other loved ones can always see it. You can upload cherished photographs, or share your favorite stories, and can even comment on those shared by others.

Plant a Tree in Memory of Theodore
Plant a tree 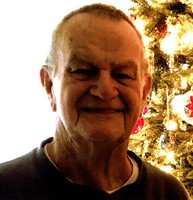