To share your memory on the wall of Terry Smith, sign in using one of the following options:

Print
Terry Marshall Smith of Portage, Michigan, (formerly of Vicksburg), age 68, passed away on February 4, 2021. He was born to Belmonte and Gloria (Gilley) Smith on February 22, 1952, in Kalamazoo, MI.

Terry was born the third of four chil... Read More
Terry Marshall Smith of Portage, Michigan, (formerly of Vicksburg), age 68, passed away on February 4, 2021. He was born to Belmonte and Gloria (Gilley) Smith on February 22, 1952, in Kalamazoo, MI.

Terry was born the third of four children and grew up in Fulton, MI. He was a 1970 graduate of Vicksburg High School. He worked at the Kalamazoo County Road Commission for 30 years. Growing up, Terry was an extremely hard worker who spent a lot of time working on nearby farms. In high school, he enjoyed playing sports, excelling in football and track. It was also at this time that he developed a love for music. He joined a band with some fellow classmates, playing the bass guitar.

Later in life, Terry’s love of music transitioned into a love of karaoke, which he enjoyed doing nearly every weekend. He passed his affinity for athletics onto all three of his children and supported their athletic careers very enthusiastically. As he progressed in age, he began the hobbies of walking the trails at Celery Flats and people watching at Crossroads Mall. During the spring of his Senior year in High School, he suffered a horrible head injury while pole vaulting. He dealt with the after-effects of that injury and many more physical ailments the remainder of his life. Through it all, he rarely complained and truly was, in his own words, “tough, just plain tough.” He very deeply loved his children and family and they were a great source of pride to him. His fun loving and goofy nature often would lead to him having just as much fun with his children’s friends as they did.

Terry is survived by his three children, Jeff (Erin), Ben (Michelle) and Andrew, fourteen grandchildren, two brothers, Dan (Vicki), Steve (Judy) and one sister, Donna (Dwight). He was preceded in death by his parents.

There will be a graveside service at North Fulton Cemetery, 14505 East V Ave., Fulton, MI 49052 on Friday, February 12 at 3:00pm. Visitation and appetizers immediately following at Main St. Pub in Vicksburg.
Those wishing to offer expressions of sympathy are encouraged to make a memorial contribution to the Vicksburg High School Athletic Boosters.
Read Less

Receive notifications about information and event scheduling for Terry

We encourage you to share your most beloved memories of Terry here, so that the family and other loved ones can always see it. You can upload cherished photographs, or share your favorite stories, and can even comment on those shared by others.

Posted Feb 15, 2021 at 01:57pm
With deepest sympathy on behalf of the Road Commission of Kalamazoo County. We thank him for all his years of public service.
Comment Share
Share via: 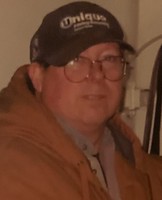