To share your memory on the wall of Steven Van Oost, sign in using one of the following options:

He is preceded in HEAVEN by his parents Jake & Jessie Van Oost, brother Dale J. Van Oost, father in laws Thomas Stevens and Howard Dennie, sister in law Jan Stevens, nephews; Tommy Stevens and Shane Stevens and cousin from Sweden Tony Kvant. Special acknowledge to Mary Ellen with Steven Douglas III.
He enjoyed and was passionate about his wife and soulmate, family, golfing, camping, trail riding, boating, fishing, hunting, road trips, nature, laughing, joking, storytelling and music. Above all, he experienced his greatest joy with spending time with his wife and grandchildren on adventures throughout the State of Michigan and their travels.

He was very proud to be able to give back to those in need with critical medical conditions by donating his blood, platelets and plasma, in excess of fourteen (14) gallons, to the West Michigan Blood organization.
Special thank you from the family to the staff of the Lettinga Inpatient Cancer Center (Fifth Floor) at Spectrum Health Butterworth Campus for their amazing care and compassion that they provided.
Read Less

We encourage you to share your most beloved memories of Steven here, so that the family and other loved ones can always see it. You can upload cherished photographs, or share your favorite stories, and can even comment on those shared by others.

Posted Feb 27, 2020 at 06:10am
We are so sorry for your loss. Steve was an amazing friend and neighbor, we will miss him so much! We are praying for your peace and comfort.

Posted Feb 25, 2020 at 11:15pm
Deepest Sympathy to the VanOost family and especially Elaine and boys . Memories of Steve and Elaine in Canadian Lakes and many visits talking Ma bell , Nam and life in general . Give Tully a hug from us and play your game with him Steve , he missed you , Pat and Gary Anderson
Comment Share
Share via:
TD

The Dennies purchased the Peaceful White Lilies Basket for the family of Steven Van Oost.

Emily VanOost purchased flowers and planted a memorial tree for the family of Steven Van Oost. 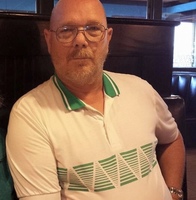 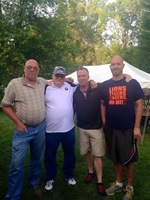 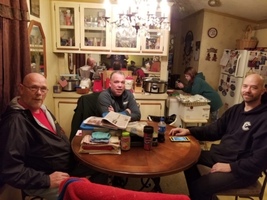