To share your memory on the wall of Steven Cwiakala, sign in using one of the following options:

Print
Steven Joseph Cwiakala was born on March 5, 1941, to Walter and Florence Cwiakala of Muskegon, Michigan. Sadly, on January 20, 2021, he passed peacefully with family by his side at the age of 79.

Steve graduated from Reeths Puffer High S... Read More
Steven Joseph Cwiakala was born on March 5, 1941, to Walter and Florence Cwiakala of Muskegon, Michigan. Sadly, on January 20, 2021, he passed peacefully with family by his side at the age of 79.

Steve graduated from Reeths Puffer High School in 1959. After high school, he proudly joined the United States Army and was stationed in Hawaii until he was discharged in 1962. Steve had the pleasure of being part of the 5th Army Band in which he played the trumpet. Over the years, Steve had been in industrial sales, owning and operating an industrial supply business.

In his lifetime, Steve enjoyed music, basketball, bowling, fishing, going to the casino, and treasured time with family and friends.

Steve was preceded in death by his brother-in-law Rollie Lange; and sister-in-law Mary Lou Wright.

Those wishing to offer an expression of sympathy are encouraged to make a memorial contribution to a church, organization, or charity of one’s choice.
Read Less

Receive notifications about information and event scheduling for Steven

We encourage you to share your most beloved memories of Steven here, so that the family and other loved ones can always see it. You can upload cherished photographs, or share your favorite stories, and can even comment on those shared by others.

Mina, Edin, Haris and Edvin and Love Troy and Elena Lange sent flowers to the family of Steven Joseph Cwiakala.
Show you care by sending flowers

Guaranteed hand delivery by a local florist
ME

Posted Feb 15, 2021 at 03:55pm
Please accept our most heartfelt sympathies for your loss... Our thoughts are with you and your family during this difficult time.

Posted Feb 09, 2021 at 11:08am
Deepest condolences to the family and loved ones. I remember so well how excited I was as a junior high school kid when I found out that my brother, Tom, was coming home from the weekend and that Steve Cwiakala was coming with him. He was always super nice to me and I thought "Boy, is he something else!". And yes, I loved his '58 Chevy Convertible and still do! I remember how proud I was the time he drove me and my sister to school with the top down and temperatures in the mid 40s! it was cold but I was proud. Great memories of a great guy.
Randy Clutter
Comment Share
Share via:
BV

Posted Jan 29, 2021 at 02:49pm
Sandy, Carol and Family,
Wanted to express our sympathy to the Family in this sad time. Know we care and our sending
Our thoughts and prayers to all of you.
Bev and Terry Velik
Comment Share
Share via:
JM

Posted Jan 25, 2021 at 08:29am
I worked for Steve over 20 years ago and really enjoyed working for him with his partner Jim Evans. He was the best boss you could have asked for. Kind, good listener, smart business sense, funny. He will be missed on this world. My condolences to his family, Pat and Renee and Steven. My heart goes out to you all on hearing this sad news. And not able to see you all due to CV.
Hugs to you,
Joni Maskell 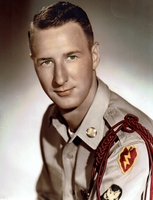