To share your memory on the wall of Russell Reams, sign in using one of the following options:

Russell served his country for two ye... Read More
Russell Lee Reams of Grand Rapids, MI, age 86, went to be with his Lord and Savior on Thursday, February 25, 2021. He was born to Charles and Marvel (Johnson) Reams on June 16, 1934, in Portland, MI.

Russell served his country for two years in the Army before marrying his bride Patricia of 64 years. He was a loving and dedicated family man. Russell worked many years at Steelcase as an Industrial Engineer and retired in 1994. He enjoyed sports and coaching his children with his biggest love being golf. He scored two hole-in-one's enjoying his favorite pastime!

Receive notifications about information and event scheduling for Russell

We encourage you to share your most beloved memories of Russell here, so that the family and other loved ones can always see it. You can upload cherished photographs, or share your favorite stories, and can even comment on those shared by others. 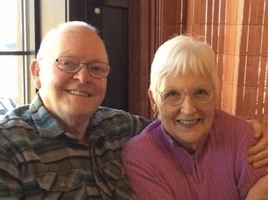