To share your memory on the wall of Ronald Decker, sign in using one of the following options:

Ron grew up and resided in the Grand Rapids, MI area, where he earned his Master Mechanics license. He went on to work as a Field Service Technician for Progressive Blasting and Stiles Machinery, and ultimately retired from GE Aviation as an electrician in their test-build department.

In his spare time, he enjoyed Ham radio, where he received his Amateur license and built many long-distance friendships. He was an avid reader of automotive history, very passionate about cars, and greatly loved riding motorcycles with his friends. Other hobbies included fishing, boating, picnicking with Shirley, and spending Friday nights with their close friends. He is most affectionately known for his incredible breadth of knowledge and his willingness to always help others.

The family thanks Faith Hospice for their extraordinary care of Ron for months, which enabled him to remain at home and among loved ones as he desired. Not only were they exceptional professionals, they did so during a pandemic.

A celebration of Ron’s life will be hosted the first weekend of June, where we will honor Ron’s expressed desire to enjoy a picnic and have fun, rather than a funeral.
Read Less

Receive notifications about information and event scheduling for Ronald

We encourage you to share your most beloved memories of Ronald here, so that the family and other loved ones can always see it. You can upload cherished photographs, or share your favorite stories, and can even comment on those shared by others.

Plant a Tree in Memory of Ronald
Plant a tree 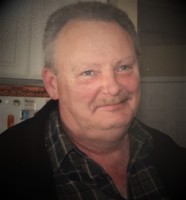