To share your memory on the wall of Robert Schmidt, sign in using one of the following options:

With open arms, Jesus has welcomed his good and faithful servant, Robert Joseph Schmidt into His Kingdom on January 7, 2021.

With open arms, Jesus has welcomed his good and faithful servant, Robert Joseph Schmidt into His Kingdom on January 7, 2021.

Bob was the oldest of four children born March 22, 1939 to Martin and Alice Schmidt in Detroit, Michigan. He graduated from the University of Detroit with an electrical engineering degree in 1962 and worked in the aerospace industry until he retired in 2001. Bob lived the Boy Scout motto “Be Prepared.” He gave generously of his time and talent to many organizations over the years including Sight Seer Radio Reader (for the blind), God’s Kitchen, Literacy Center of West Michigan and the Asian Outreach Community where he co-led American citizenship classes for over 400 students. As a member of St. Mary Magdalen Catholic Church since the late 1970’s, he served on Pastoral Council and was a Stephen Minister. His love of music led him to sing in the church choir as well as the Kentwood Senior Chorale group. Ever active and lover of the outdoors, Bob was a gardener, runner and avid golfer. He celebrated four holes-in-one and hosted the “Schmidt Invitational” for nearly 45 years. For nine triennial Schmidt family reunions, he was an extraordinary interviewer capturing the anecdotes of this colorful clan.

Bob is survived by his wife Boots of 60 years, four loving daughters Becky (Eric) Vetter, Bobbi (Leif) Simonsen, Bonnie (Nancy Houle) Schmidt and Trista (Mark) VanderVoord. He was Grampa to 13 grandchildren and their spouses, and GrampaGrampa to seven great-grandchildren. His extended family also includes Auntie Bee, his sisters, brothers- and sisters-in-law and many nephews and nieces. He was preceded in death by his parents Alice and Martin Schmidt and his sister Rosemary Nickerson.

Bob (especially) and his family are ever grateful to Faith Hospice for the excellent care he received since his pancreatic cancer diagnosis. In lieu of flowers, memorial contributions supporting organizations of great meaning to Bob can be made to Faith Hospice (https://faithhospicecare.org/donate/) , the Acton Institute
(https://www.acton.org/robert-joseph-schmidt-memorial), or 1776 Unites (https://1776unites.com/get-involved/donate/).
Read Less

Receive notifications about information and event scheduling for Robert

Donations are being accepted for:
FAITH HOSPICE ACTON INSTITUTE FOR THE STUDY OF RELIGION AND LIBERTY

We encourage you to share your most beloved memories of Robert here, so that the family and other loved ones can always see it. You can upload cherished photographs, or share your favorite stories, and can even comment on those shared by others.

Posted Jan 18, 2021 at 05:15pm
What can I say about my brother. As a young man , he was a rascal and a”wizenheimer”, as Mom used to say. He loved pulling practical jokes on his little sisters! He grew up to become quite a man, still funny, but also smart, responsible, compassionate, a man who served others. He was wonderfully welcoming to me during my years in the convent, inviting me to spend time in the summers with him and his family. There was a lot of game playing, camping, story-telling, and deep theological discussions. He also introduced me to Art Prize which was a delight and another chance to share what we valued. I am sure that he is withDad, Mom, Roses, Gramps and Grandma- telling jokes, playing a game, and having a beer!
Comment Share
Share via:

Posted Jan 18, 2021 at 02:33pm
Boots, I am so sorry for your loss. You and Bob were great neighbors, and I was so happy to reconnect with you for a few hours back when my former home, which at the time looked like a "blue horror", was on the market. As I read the obituary yesterday, I couldn't help but think how little I really knew of him. The golfer, yes, but I was unaware of all the other things he involved himself with in service to his community...what a good man. My condolences to you and to your family. Lynne Stolk

Posted Jan 17, 2021 at 11:25pm
Our thoughts and prayers are with you. Mr. Schmidt must have been a great man based on the thoughtfulness of his daughter Trista and her family.

Posted Jan 15, 2021 at 08:38pm
Bob was the oldest of the 10 Schmidt cousins, and although he married Boots and moved away when I was quite small, we always heard stories about his adventures and his 4 girls. We got better acquainted when the Schmidt family reunions brought folks from all over the US, and introduced me to bocce, for which I will always be grateful. He was a great interviewer and story teller, and I know he will be sorely missed at the new re-union. RIP. Jeanine S.
Comment Share
Share via: 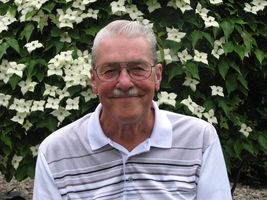 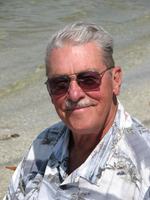 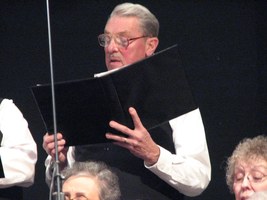 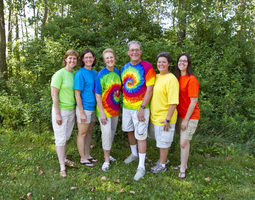