To share your memory on the wall of Maurice McCoy, sign in using one of the following options:

Print
Maurice Earl McCoy, 79, of Grand Rapids, passed away peacefully at his home on December 6, 2020.

He grew up on the family farm in LaGrang... Read More
Maurice Earl McCoy, 79, of Grand Rapids, passed away peacefully at his home on December 6, 2020.

He grew up on the family farm in LaGrange. (Later in life, Maurice was given the title “Indiana farm boy” by his brother-in-law in England — a title that was meant as a sign of approval, a good man!)

After graduating from LaGrange High School, Maurice graduated from Wabash College, then later received his master’s degree in chemistry from the University of Notre Dame. He served in the army until 1969 and then went to work as a chemist at Miles Laboratories in Elkhart, Indiana, where he married his first wife, Jackie Frazier, and they had four sons. His family later grew when he married Mary Schmitz in 1993 and added three of the best stepchildren ever. He felt so blessed with such a wonderful family.

Maurice loved music, especially singing. From the Glee Club at Wabash College to the church choirs at all the churches he attended, to Lake Michigan College choir, music was one of his greatest passions. He also loved nature, especially star gazing, birdwatching, and hiking and camping in state and national parks.

Although he started out as a chemist in a laboratory, he found his true calling in teaching, especially at Lake Michigan College in Benton Harbor, Michigan. He proudly told stories of how he could instill a love of chemistry in even the most fearsome of students. He was a favorite teacher of many.

After marrying Mary, Maurice and she began traveling the world, visiting many countries from Israel to New Zealand. One of his interests was researching and visiting his Celtic heritage in Scotland, Ireland and Wales. He loved music, teaching and traveling, all great hobbies for Maurice, but his greatest joy started when he became a grandfather (Papa). And that is what he truly excelled at! First Asher, then Banon, next sweet Olive and Max (who tried to teach him Portuguese). Then came beautiful Eliza, who stole what was left of his heart (except there was still room for the new grandchild he didn’t get to meet yet).

There will be a Zoom memorial service held Friday, December 18 at 7pm. Memorials can be made to the outreach board at Plymouth United Church of Christ, Kalamazoo Ave., Grand Rapids, to be used to serve others in need as Maurice loved to do.
Read Less

Receive notifications about information and event scheduling for Maurice

We encourage you to share your most beloved memories of Maurice here, so that the family and other loved ones can always see it. You can upload cherished photographs, or share your favorite stories, and can even comment on those shared by others.

Posted Dec 08, 2020 at 10:44pm
I am so sorry Mary. Maurice was such a kind and gentle soul. There is another star in the sky now to wish upon! My thoughts and prayers are with you and yours.
Love, Marganne Miller
Comment Share
Share via: 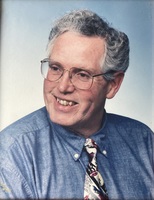 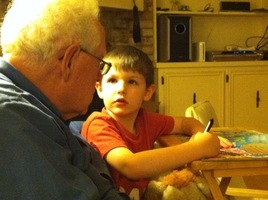 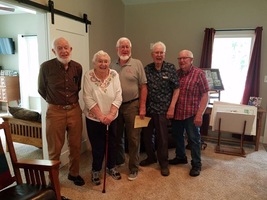 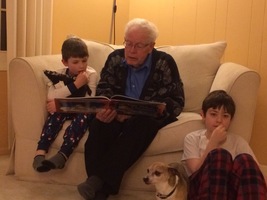