To share your memory on the wall of Marlene Cook, sign in using one of the following options:

Provide comfort for the family of Marlene Cook with a meaningful gesture of sympathy.

Marlene was the fifth of six children born on the NE side of Gr... Read More
Marlene Cook of Grand Rapids, Michigan, age 82, passed away on Tuesday, May 5, 2020. She was born to Norman McDermott and Bernice Weitz on Feb. 5, 1938 in Grand Rapids, MI.

Marlene was the fifth of six children born on the NE side of Grand Rapids, MI. She was a 1955 graduate from Creston High School and, with disciplined self-learning, became the fastest typist within the school offering her several employment opportunities in this cultural revolution era.

Marlene married Robert Nels VanNoller in 1956. A 20-year marriage that provided the couple with two beloved sons and many life memories. She subsequently married Bernard (Bernie) Cook in 1989. They enjoyed 13 beautiful years together until he preceded her in death in 2003.

Marlene was renowned for her beautiful singing voice. In 1970 she auditioned and was accepted into the Metropolitan Choir of Praise, a collection of premier voices from around W. Michigan which were offered the privilege of performing at many signature events. In 1975 she joined the Stu Nordyk Ensemble, a smaller collection of traveling, Christian-based musicians. Both were significant source of joy and meaningfulness in her life.

Her generous and thoughtful spirit towards everybody is legendary and her arms of comfort and giving spread over her children, nieces, nephews, in-laws , sisters, brothers, neighbors and beyond. The river of tears that many have wept since she passed are not abating. She always thought of others before herself and gave freely of time, gifts, wisdom, tutoring, love, charitable donations and so much more.

She worked for 35 years as a Secretary to the President of the Zumberg Library at Grand Valley State University forming many lifelong friendships along the way including Patricia McComb who preceded her in death and Kathryn Waggoner.

She was preceded in death by her parents; one sister, and three brothers.

The family would like to thank Spectrum Health Hospice and the attending physician for their care and compassion during Marlene’s final days.

There will be a small graveyard service on Friday May 8, 2020 which is constrained to immediate family given the pandemic restrictions. A celebration of life will be held at a later time.

Those wishing to offer expressions of sympathy are encouraged to contribute to their organization of choice in her name.
Read Less

Receive notifications about information and event scheduling for Marlene

We encourage you to share your most beloved memories of Marlene here, so that the family and other loved ones can always see it. You can upload cherished photographs, or share your favorite stories, and can even comment on those shared by others.

Posted May 08, 2020 at 10:31am
Just the kindest most generous women I know. She took great joy in children, animals, nature's beauty, family and friends. She thoroughly enjoyed life and will be deeply missed. RIP Mom.
Comment Share
Share via:
HS 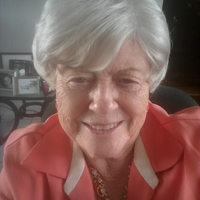 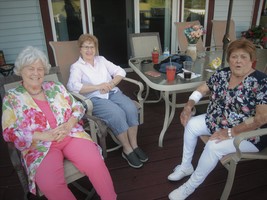 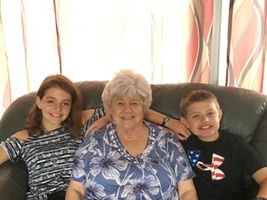 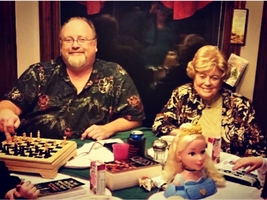