To share your memory on the wall of Linda Knapp, sign in using one of the following options:

Provide comfort for the family of Linda Knapp with a meaningful gesture of sympathy.

Linda lived in Rhode Island, Michigan, and Florida while raising her beloved son, Fred. She worked as a high school art teacher, church secretary, recreational therapist, and home healthcare worker. Linda, a long-time resident of Venice and Sarasota, Florida, moved to Grand Rapids, Michigan in 2008 to be “Gammy” to her grandson, Jaden. LInda encouraged him and so many others in her life and their successes brought her joy. She delighted in her family’s achievements and persevered through many trials in her life, clinging to her faith in a good and loving God.

A memorial service will be held in the chapel at Clark Retirement Community (Franklin Campus) on Saturday, January 4th, 2020 at 2 p.m. with visitation with the family an hour prior to the service. In lieu of flowers, contributions can be made to the Clark Foundation towards the Benevolence Fund. The family thanks both the staff at Clark and Emmanuel Hospice for lovingly caring for Linda.
Read Less

We encourage you to share your most beloved memories of Linda here, so that the family and other loved ones can always see it. You can upload cherished photographs, or share your favorite stories, and can even comment on those shared by others.

Love, Tom & Maureen and family sent flowers to the family of Linda LaDue Knapp.
Show you care by sending flowers

Love, Tom & Maureen and family purchased flowers and planted a memorial tree for the family of Linda Knapp. Send Flowers 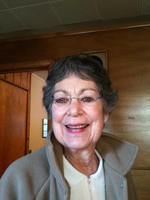 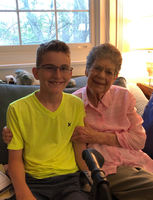 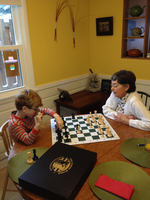