To share your memory on the wall of Kathryn Watkins, sign in using one of the following options:

Provide comfort for the family of Kathryn Watkins with a meaningful gesture of sympathy.

Print
Kathryn Haddad-Watkins--a teacher to thousands, a mother-figure to many, and a friend to all--was called home by the Lord on Thursday, December 26, 2019. She was 80.

Born September 8, 1939 in Grand Rapids, Michigan to Evelyn and Simon Ha... Read More
Kathryn Haddad-Watkins--a teacher to thousands, a mother-figure to many, and a friend to all--was called home by the Lord on Thursday, December 26, 2019. She was 80.

Born September 8, 1939 in Grand Rapids, Michigan to Evelyn and Simon Haddad, Kathy was the oldest of 5. She attended St. Stephen’s Elementary School and graduated from Marywood Academy High School. She received her Bachelor’s degree from Aquinas College and later went on to earn a Master’s degree from Western Michigan University. She became a teacher for Grand Rapids Public Schools and taught first grade for 41 ½ years. She put her heart and soul into everything, especially her passion for teaching. Long after she retired, she was recognized by many students who greeted her with a warm hug and thanked her for the lasting impression she left on them.

When her parents died young, she took over the responsibility to raise her 8-year-old brother, Michael as if he was her own son. In 1976, she married the love of her life, Clarke Watkins III. A year later they welcomed their first child together, Ariesa “Risi”, who Kathy would often say was “the best thing that ever happened to her.”

Kathy enjoyed spending a lot of time with family, knitting, going to Grand Haven, and relaxing at the cottage. She will be remembered for the kindness she extended to everyone she met, her gentle voice, the delicious Arabic meals she prepared for her family, and the stories of her life she repeatedly told to her daughter and grandchildren.

We encourage you to share your most beloved memories of Kathryn here, so that the family and other loved ones can always see it. You can upload cherished photographs, or share your favorite stories, and can even comment on those shared by others.

Sandra Keller, Rick Haddad, and others have sent flowers to the family of Kathryn Phyllis Watkins (Haddad).
Show you care by sending flowers

Posted Jan 03, 2020 at 08:02pm
Wishing you peace to bring comfort, courage to face the days ahead and loving memories to forever hold in your hearts.

Posted Jan 02, 2020 at 06:27pm
From your Loving Brothers. & Sisters. : Rick , Shirley, Barbara & Michael - You will be missed Sister hopefully you are at peace with our parents!

Flowers were purchased for the family of Kathryn Watkins. Send Flowers

Flowers were purchased for the family of Kathryn Watkins. Send Flowers

Posted Jan 01, 2020 at 01:07pm
Kathy is my ex-sister-in-law. She always had the best of intentions. Her words were kind and loving and her voice soft-spoken. She loved her family to the moon and back. She was a gentle soul.
Comment Share
Share via: 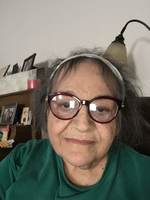 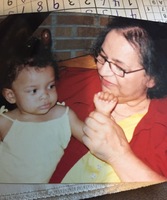 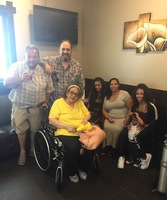