To share your memory on the wall of Joanne Gatz, sign in using one of the following options:

Joanne was born to George and Irma Burgasser on June 25, 1939, in Buffalo, NY. Joanne was the oldest child, followed soon by sister Patricia, and later by Raymond (Tom) and George. Beside her husband and daughter Laura (Rob), she is survived by her sister Pat (Bill) and her brother Ray (Betty) and many nieces and nephews.

Joanne spent her childhood and early adulthood being a big sister and in general tormenting her siblings, as only an older sister can. Home movies show her pushing Patty down and pouring bath water over her head in the tub.

Joanne earned a BA in Business from Valparaiso University in 1961. She was chosen to be a member of the Gamma Phi sorority pledge class of 1958, and she maintained close friendships with many of her sorority sisters for the rest of her life, attending many Gamma reunions during the last few decades. Joanne was the national treasurer for the Valparaiso University Guild from 1987-1990 and held several elected positions in the Guild for 10 years before that. In addition to sporting a Valpo decal on the window of the family minivan, Joanne would often wear a Valpo pin on her lapel, leading to countless conversations with strangers who would take notice. During her travels, Joanne could often piece together a common connection amongst the strangers she met, especially if they were Lutheran!

Joanne’s employment consisted of three main jobs. She was the secretary at Trinity Lutheran Church in Urbana, IL for many years during the 1970’s. She was the personal assistant for a private entrepreneur for 18 years until his death, and she was a Deputy and Account Auditor at the Champaign County Illinois Auditor’s office where she did a wide variety of things, including going into cells in the county jail to determine if certain furniture should be considered fixed assets – drawing colorful comments from the orange-clad inmates. Joanne was active in Bible study, both as a leader for many years, and as a participant.

Joanne and her husband Don spent portions of 17 winters in Green Valley, AZ, where Joanne volunteered as a Stephen Minister, and was a volunteer AARP Tax Preparer for the elderly and low income. In her spare time she was a familiar face at the Clay Studio where she enjoyed getting her hands in the clay, making beautiful vases, platters, bowls, and busts. She created a whole herd of lifelike clay turtles which now have homes across the country. These are always a reminder to everyone that “Joanne has been here.” While in Arcadia volunteered for the Michigan Medicare/Medicaid Assistance Program in Traverse City counseling program participants. She and Don traveled to many countries, and enjoyed Elderhostels, riverboat and ocean cruises, and guided tours. Joanne also traveled with her daughter Laura to New Zealand and Australia, and snorkeled on the Great Barrier Reef. On tours you could always find Joanne at the head of the line, talking to the guide, and often bedecked with a hat. She liked to be right in the fray.

One of Joanne’s favorite pastimes was walking. Her whole life she could be found “out for a walk” of at least two miles. In Urbana she walked along Race St. which bordered the international student housing complex and garden plots. In Arcadia, MI, the home of her cottage, she would often be walking through the cottage colony, stopping along the way to catch up with friends. A walk into town to pick up the mail, which should take no more than 30 minutes if done without interruption, could easily turn into a two hour “on the street” fellowship encounter, and the best part of the day.

She will be having a reunion in Heaven with her daughter Lisa, her brother George, her mom and dad, and many aunts and uncles that passed before her. Joanne always had good beer (like Shiner Bock) and the best coffee ice cream stocked in the refrigerator and freezer for all the get-togethers she orchestrated, so they will be happy to see her.

Even as she progressed into Alzheimer’s, she never lost her sense of humor and impish gleam in her eye. It’s amazing what Joanne could convey with a look and a few motions. You might not have known exactly what she meant, but you knew she was being funny.

Although not a dancer in her younger years, Joanne was often found dancing in the dining room and down the halls of her Memory Care wing, bringing joy to those around her. She may have lost most of her powers of speech, but she found ways to continue to bring life and light to those around her. She leaves us all wondering what she loved more, a good deal or a good dessert.

Don and Joanne had been married for 58 years at the time of her death.

"I have fought the good fight, I have finished the race, I have kept the faith." 2 Timothy 4:17
Read Less

Receive notifications about information and event scheduling for Joanne

We encourage you to share your most beloved memories of Joanne here, so that the family and other loved ones can always see it. You can upload cherished photographs, or share your favorite stories, and can even comment on those shared by others.

Posted Mar 23, 2020 at 01:04pm
Joanne will always be such a colorful part of our Lohrentz family RKD memories!! And what a fun life long friend to our Mom! She will be missed.

Matt Lohrentz purchased flowers for the family of Joanne Gatz. 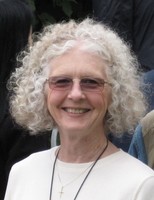 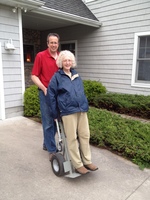