To share your memory on the wall of James Bugg, sign in using one of the following options:

Provide comfort for the family of James Bugg with a meaningful gesture of sympathy.

Print
James Eldon Bugg of Grand Rapids, Michigan, formerly of Fair Play, Missouri, passed from this world into his Heavenly home on January 14, 2020. James was born to Leonard and Gola Bugg (DeRossette) on September 24, 1934.

James, who was fo... Read More
James Eldon Bugg of Grand Rapids, Michigan, formerly of Fair Play, Missouri, passed from this world into his Heavenly home on January 14, 2020. James was born to Leonard and Gola Bugg (DeRossette) on September 24, 1934.

James, who was fondly known by many as Pastor Bugg, graduated from Central Bible College in 1954, and went on to receive his BA from Spring Arbor College and his Masters from the Assemblies of God Theological Seminary. He founded Faith Assembly of God in Standale, MI. The Voice of Faith Radio Ministry and The Peoples Church which is now known as Resurrection Life Church. He also began Great Lakes Institute of Biblical Studies.

James loved and cared for people deeply and was a friend to all. As a Pastor, he had a true Shepherds heart. He was an avid reader and loved the Word of God as well as all things pertaining to the Kingdom of God. He had great passion for Israel and traveled there many, many times, leading groups and involved in efforts which fulfilled Biblical Prophecy. In his earlier years, he enjoyed spending time with his family, escaping to his cottage on Hess Lake and resting in the sunshine. He also enjoyed traveling around the world and across the United States. He loved gardening and working in his yard. Christmastime was his favorite time of the year.

James left a great legacy and example; to Love life, Love all people, Cherish family, and most importantly Love Jesus.

James was preceded in death by his wife of 58 years, Marilyn Darlene Bugg (Hoyt). He is survived by his only Son Randal James and wife Shelly, Grandchildren; Jordan, Brandon James and Mari and one great grandson, Ezra James.

A Memorial Service to celebrate his life will be held on Saturday, January 18, 2020, at Resurrection Life Church at 2:00 pm in the Res Center Auditorium. Enter in Door E or H., 5100 Ivanrest Street SW, Wyoming, MI 49418
Read Less

We encourage you to share your most beloved memories of James here, so that the family and other loved ones can always see it. You can upload cherished photographs, or share your favorite stories, and can even comment on those shared by others.

Jeff and Lupe Baker, Luann Britton, and others have sent flowers to the family of James Eldon Bugg.
Show you care by sending flowers

Jeff and Lupe Baker purchased the Tender Tribute for the family of James Bugg. Send Flowers

Posted Jan 17, 2020 at 06:59am
With our love and prayers, Harold and Joanne, Harold and Lori, Bob and Nancy, John and Karla and families.

Flowers were purchased and a memorial tree planted for the family of James Bugg. Send Flowers

Posted Jan 17, 2020 at 12:47am
"James Bugg" will remain in our hearts forever.He has always been pastor to us,he led us to the Lord 47 yrs ago,Harley n Luann Britton,nElaine Kruzel

Posted Jan 16, 2020 at 10:32pm
Pastor Bugg was truly the "people's Pastor". He married my husband and I, dedicated all 4 of our babies and we learned so much from the Word of God from him! We learned to go deeper with Jesus. I will always cherish the years that he was our Pastor. Thank you, Pastor Bugg and Marilyn!
Comment Share
Share via:
WF 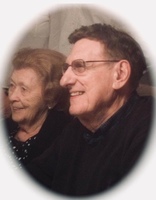