To share your memory on the wall of Howard Bethke, sign in using one of the following options:

Howard was born on October 23, 1939, in Grand Haven, Michigan, to George and Margaret (Crouse) Bethke.

Howard was born on October 23, 1939, in Grand Haven, Michigan, to George and Margaret (Crouse) Bethke.

Howard proudly served his flag and country in the United States Navy, stationed in Guantanamo Bay during the Cuban Missile Crisis.

Howard retired from Smiths Industries (formerly Lear Siegler, and now General Electric), where he worked for thirty-eight years as an electronic technician.

Those wishing to offer an expression of sympathy are encouraged to make a memorial contribution to Faith Hospice; or to the Salvation Army of Grand Rapids.

Services will not be held at this time.
Read Less

Receive notifications about information and event scheduling for Howard

We encourage you to share your most beloved memories of Howard here, so that the family and other loved ones can always see it. You can upload cherished photographs, or share your favorite stories, and can even comment on those shared by others.

Plant a Tree in Memory of Howard
Plant a tree 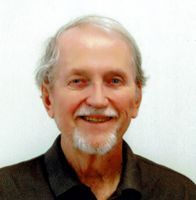