To share your memory on the wall of Hal Rehkopf, sign in using one of the following options:

Print
Rehkopf, Hal Herman, age 68, of Big Rapids, MI was called home to be with his Lord and Savior at sunrise on Monday, August 31, 2020 after a brief but courageous battle with cancer.

Hal was born February, 22, 1952 in Big Rapids to Harvey ... Read More
Rehkopf, Hal Herman, age 68, of Big Rapids, MI was called home to be with his Lord and Savior at sunrise on Monday, August 31, 2020 after a brief but courageous battle with cancer.

Hal was born February, 22, 1952 in Big Rapids to Harvey and Wilma (Hanson) Rehkopf, where he continued to love and raise his family. Hal married Ella (Corbett) in 1972, and went on to have three children together. After 27 years the marriage ended; however, the relationship remained and Ella was a great help during his final weeks.

Hal worked hard to support his family at Rieth-Riley Construction for 38 years. He enjoyed many seasons of deer hunting in the Upper Peninsula with family and friends, as well as fishing and boat rides. He later grew into the best grandpa a child could have, teaching them to fish, giving them a lap to climb up on, and to share ice cream cones with.

A memorial service will be held Wednesday, September 9, 3:30 p.m. at Boulder Creek Golf Club, 5750 Brewer Ave NE, Belmont, MI. The service will be held outdoors in order to accommodate the safety of those attending. The family will be available one hour prior to meet with friends and family at the golf course.

Memorial contributions may be made in Hal’s honor to Heartland Hospice Memorial Fund www.heartlandhospicefund.org or the Juvenile Diabetes Foundation at www.jdrf.org
Read Less

Receive notifications about information and event scheduling for Hal

We encourage you to share your most beloved memories of Hal here, so that the family and other loved ones can always see it. You can upload cherished photographs, or share your favorite stories, and can even comment on those shared by others.

Posted Sep 08, 2020 at 10:19am
My deepest condolences to Hal's family; especially to my friend Doug. So sorry for your loss. Eternal rest grant uto him, O Lord, and let the Perpetual Light of Your Face to shine upon him.
Comment Share
Share via:
CB

Posted Sep 06, 2020 at 08:19pm
I will forever cherish the times i had with your dad spending many Novembers Each year up at the lodge in Paradise hunting/fishing enjoying Northern Michigan,many beers and even more laughs he loved you all so much. I am grateful for the time i had to share with him My prayers are with you Lynell, Renee, Doug
Love, Chris B & family
Comment Share
Share via:
BF 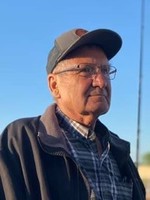