To share your memory on the wall of Daniel Pearson, sign in using one of the following options:

Print
Daniel E. Pearson of Byron Center, Michigan, was born to Ernest and Dorothy (Borgeson) Pearson on January 12, 1940, in Muskegon, Michigan. He was called to his Eternal Home on August 11, 2020.

Dan graduated from Hart High School in 1957.... Read More
Daniel E. Pearson of Byron Center, Michigan, was born to Ernest and Dorothy (Borgeson) Pearson on January 12, 1940, in Muskegon, Michigan. He was called to his Eternal Home on August 11, 2020.

Dan graduated from Hart High School in 1957. He then attended Michigan State University, graduating in 1961. Dan married Sondra Tate of Hart in 1962. They lived in several states, due to promotions and transfers through his work in sales for thirty-five years with Kraft General Foods.

Dan enjoyed sports and followed the Detroit Tigers, Lions, and of course, Michigan State football and basketball wherever they lived. Whenever in Michigan during the summer months, Dan enjoyed playing in the Pentwater Civic Band. For many years, Dan was with Prison Fellowship where he led Bible study for prisoners. In recent years, he had mentored men who have been released.

Dan was always active in church no matter where they were living. He was also a member of The Gideons International. Dan was forever seeking to share Jesus.

Dan was preceded in death by his parents; an infant son; and older brother, Paul Bard.

A graveside committal service was offered for Dan on August 25, 2020, at Hart Cemetery, Hart, MI.

Memorial contributions may be made to The Gideons International; or to the Missions Program at Heritage Baptist Church.
Read Less

Receive notifications about information and event scheduling for Daniel

We encourage you to share your most beloved memories of Daniel here, so that the family and other loved ones can always see it. You can upload cherished photographs, or share your favorite stories, and can even comment on those shared by others.

Posted Oct 17, 2020 at 09:54pm
Just heard of Dan’s passing, please accept my deepest condolences. Dan was a true friend to me, showed the absolute love of Jesus in everything he did. Showed me great love and compassion. He will be greatly missed.
Comment Share
Share via:
D

Posted Aug 25, 2020 at 04:12pm
Sondra and family, We were so shocked and saddened to hear of Dan,s passing. You are all in our thoughts and prayers during this time of your grieving. May God give you peace and comfort in knowing he is now with our Lord and savior. Love from your good friends, Elydee and Dean Cates
Comment Share
Share via:
DV

Posted Aug 24, 2020 at 09:10am
Wishing you peace to bring comfort, courage to face the days ahead and loving memories to forever hold in your hearts.

Posted Aug 24, 2020 at 08:15am
Saddened to learn of Dan suddenly passing, we know he is home, safely, now. As neighbors our only regret is that we did not take more time to know him

Vivid Recollections was purchased for the family of Daniel Pearson. Send Flowers 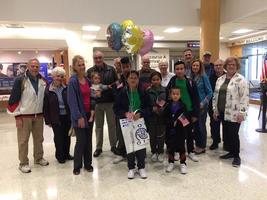