To share your memory on the wall of Beatrice Truman, sign in using one of the following options:

Passed away at Bronson Hospital on October 24, 2020. Bea was born February 25, 1929 to John P. and Hazel Medsker. She graduated from Kalamazoo Central High School in 1947 and from Davenport Business Coll... Read More
Beatrice Barbara Truman, age 91

Passed away at Bronson Hospital on October 24, 2020. Bea was born February 25, 1929 to John P. and Hazel Medsker. She graduated from Kalamazoo Central High School in 1947 and from Davenport Business College in 1986. Bea was united in marriage on September 14, 1948 to John William Truman, who preceded her in death in 1982. Bea was an avid square dancer and member of local square dance groups. Her hobbies included sewing, crocheting, gardening, and bowling. She traveled around the U.S., including Hawaii, and enjoyed a trip to the United Kingdom. Surviving are her four children, Joyce (David) Scribner of Lake Hopatcong, NJ, George (Linda) Truman of Gobles, MI, Judy (Richard) Chesser of Scotts, MI, David (Judy) Truman of Marcellus, MI, 9 grandchildren, 23 great grandchildren, and 3 great great grandchildren. Her special friend Garth Smith also preceded her in death. Family graveside services will be held at a later date. In lieu of flowers, donations may be made to your local Hospice.
Read Less

Receive notifications about information and event scheduling for Beatrice

We encourage you to share your most beloved memories of Beatrice here, so that the family and other loved ones can always see it. You can upload cherished photographs, or share your favorite stories, and can even comment on those shared by others.

Posted Oct 26, 2020 at 10:07pm
Bea was incredible. In the short few years I knew her at Alamo, she taught me to crochet, helped me expand my reading list, and shared stories of her life and local history. I’ll be forever grateful I got to know her.
~Alicia
Comment Share
Share via: 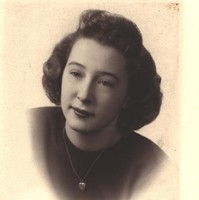