To share your memory on the wall of Anthony Kam, sign in using one of the following options:

Receive notifications about information and event scheduling for Anthony

We encourage you to share your most beloved memories of Anthony here, so that the family and other loved ones can always see it. You can upload cherished photographs, or share your favorite stories, and can even comment on those shared by others.

Posted Jul 21, 2020 at 02:29pm
My thoughts & prayers are with all of you. Tony was so warm & loving. It was an honor to have been accepted as part of the Kam family for so many years. I'm heartbroken at his passing. I will always remember his smile, his devotion to God and how proud he was of his family. We will all miss you Tony. Love you.
Comment Share
Share via:
BK

The Kieff family sends our condolences. It was a pleasure to know Dr. Kam. We are thinking of your family at this time.
Comment Share
Share via:
LK

Posted Jul 19, 2020 at 03:44pm
Dear Tante Nora & family, our deepest condolences for the passing of Oom Gie. I remember all the fun times we had whenever we visited each other, in Jakarta ( when my family still lived there), & when Tante & Oom visited us in Arkansas. The last time I saw Oom was when Mark & I went to Paul & Kristi’s wedding in Michigan. We will always treasure Oom’s kindness & sense of humor. I remember that both Oom & Tante came to my parents’ funerals & memorial service; for that I am grateful for your support back then. I wish we could do the same, hopefully when there is a memorial service when it is safe for us to get together. Much love, Lisa & Mark
Comment Share
Share via:
ML

Posted Jul 19, 2020 at 01:37pm
Our condolences to the Kam family. We remember them from St. Anthony’s and St. Charles. A couple of our daughters went to school at St. Anthony’s with a couple of the Kam boys. He was a wonderful doctor.
Comment Share
Share via: 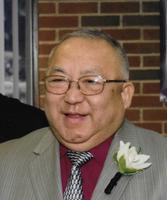 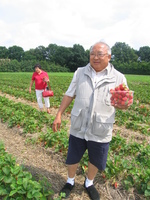