To share your memory on the wall of Ante Galic, sign in using one of the following options:

Ante arrived in Grand Rapids in 1999 to provide a better life for his beloved family. Prior to moving to America, he lived in Berlin, Germany as well as Bugojno, Bosnia and Herzegovina. Over the years of his full and joyous life, Ante developed countless of friendships that lasted until his last day. He had an uncanny ability to relate to people of all walks of life and to form special relationships with all of them; he was the quintessential people person. His loss will leave a hole in the hearts of his friends and family but his memory will bring joy to their lives for many years to come.

Ante is survived by his beloved wife of thirty-four years Slava; loving children Josip, Boris and Antonia (Tyler). He was preceded in death by his parents, Drago and Ruza; brother Zoran; and nephew Ljubisa.

A Mass of Christian Burial will be celebrated by Fr. Troy Nevins at 11:00 a.m. on Thursday, January 28, 2021, at the Immaculate Heart of Mary Catholic Church, 1935 Plymouth Avenue SE, Grand Rapids, MI 49506. There will be a visitation at church one hour prior to Mass.

Following Mass, Ante will be laid to rest in Resurrection Cemetery, Wyoming, MI.

In lieu of flowers, those wishing to offer an expression of sympathy are encouraged to make a memorial contribution to support the victims of the devastating earthquakes in Croatia. Donations in Ante's name can be made by visiting https://www.caritas.org/donate-now/croatia-earthquake/
Read Less

Receive notifications about information and event scheduling for Ante

We encourage you to share your most beloved memories of Ante here, so that the family and other loved ones can always see it. You can upload cherished photographs, or share your favorite stories, and can even comment on those shared by others.

Momir Ljiljana Milanovic, Family Babic, and other have sent flowers to the family of Ante Galic.
Show you care by sending flowers

Posted Jan 27, 2021 at 06:09pm
With deepest sympathy and heartfelt condolences

Posted Jan 27, 2021 at 02:47pm
Wishing you peace to bring comfort, courage to face the days ahead and loving memories to forever hold in your hearts.

Posted Jan 27, 2021 at 02:20pm
Thinking of your family through this difficult time. Sincerely, Brett and Erika Lukens.

The Trap Sports and Spirits Staff

The Trap Sports and Spirits Staff purchased flowers for the family of Ante Galic. Send Flowers 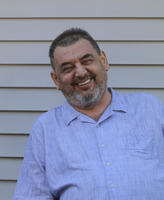