To share your memory on the wall of Aaron Jenkins, sign in using one of the following options:

Print
On Wednesday, January 29, 2020, Aaron Jenkins, loving husband and father of seven, passed away at the age of 81. Aaron was born December 12,1938 in Montego Bay, Jamaica to Charles and Bernice Jenkins.

Although Aaron worked at ADAC Plast... Read More
On Wednesday, January 29, 2020, Aaron Jenkins, loving husband and father of seven, passed away at the age of 81. Aaron was born December 12,1938 in Montego Bay, Jamaica to Charles and Bernice Jenkins.

Although Aaron worked at ADAC Plastics for 25+ years, he was a jack-of-all-trades with a passion for life. He worked as a locomotive electrician, built houses, was a bartender and had a passion for cooking. He believed the limits you have are the ones you put on yourself.

Receive notifications about information and event scheduling for Aaron

We encourage you to share your most beloved memories of Aaron here, so that the family and other loved ones can always see it. You can upload cherished photographs, or share your favorite stories, and can even comment on those shared by others.

Posted Feb 11, 2020 at 04:06pm
Please accept our condolences. We are thinking of you during this difficult time.

Provision Living Team purchased flowers and planted a memorial tree for the family of Aaron Jenkins. 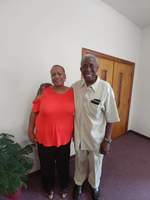